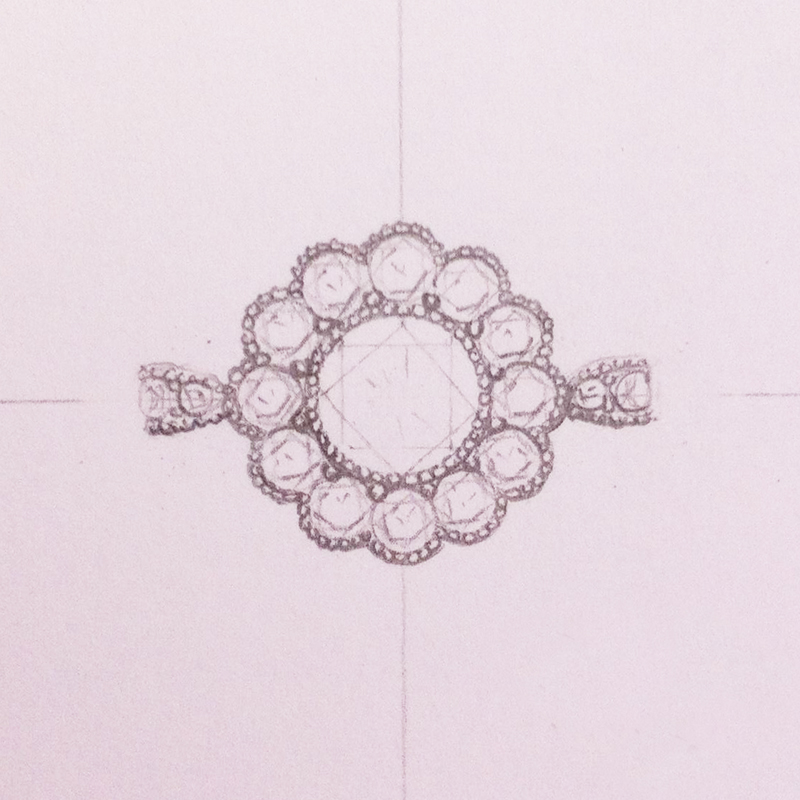 The Victorian era is named after the young Queen Victoria, who was known to adore beautiful jewellery. In fact, one of her trademarks was to wear a ring on each finger. This period, which occurred from 1835 to 1900, produced some stunning jewellery designs. Below, we will tell you a bit more about the common ring styles from this period.

During the Victorian era, the vast majority of rings were made from either rose gold or yellow gold. Jewellery was known to boast designs that were symbolic, featuring delicate enamel and intricate engraving. A lot of people choose designs because of the meaning behind them, with nature inspired themes, including thick branches and flowing flowers, being very popular. The snake was often used to adorn engagement rings and this is because it represented eternity and wisdom.

When it came to stones used in engagement rings, most people tended to opt for their birthstone stone. These are as follows: garnet represents January, February’s stone is amethyst, aquamarine is for March, April’s stone is the diamond, May’s is emerald, pearl or alexandrite is for June, July’s stone is ruby, peridot is for August, sapphire represents September, October’s gemstone is either tourmaline or opal, topaz or citrine is for November, and finally, zircon, turquoise or tanzanite represents December. Despite this being the most common approach to choosing a gemstone, not everyone went for their birthstone, and thus the most common precious jewels overall were topazes, amethysts, emeralds, sapphires, rubies, and pearls.

It is also worth pointing out that ring trends changed over time during the Victorian Era. The vast majority of Early Victorian period rings used an organic, serpentine design. This was to represent continual love. Most rings during this period were made from 18 or 22 carat gold. Moving onto the Mid-Victorian Period, i.e. from 1860 to 1885, darker coloured gemstones, such as black opal, and rose gold were used. Finally, the Late Victorian era, from 1890 to 1901, saw a surge in the use of large diamonds.