The prong setting is the most common and traditional ring setting. The prongs from which it takes its name are little metal claws that are soldered or welded to the gemstone or other jewellery item in order to set the stone to the band. There are typically three, four or six individual prongs per gem. In the case of an engagement ring with a diamond, the prong setting allows more light to catch the stone and add to the visibility and brilliance of the ring.

Prongs can be V-shaped, flat, pointed or rounded. V-shaped prongs are particularly important for wrapping the sharp or pointed corners of the square or rectangular princess cut diamond, for example. The fewer the prongs, then the more visible the stone is; this can be an important consideration if the stone is relatively small. Equally, though, the fewer prongs there are holding the stone, the less securely it is held. Because more of the stone is exposed, though, this setting makes cleaning easier. 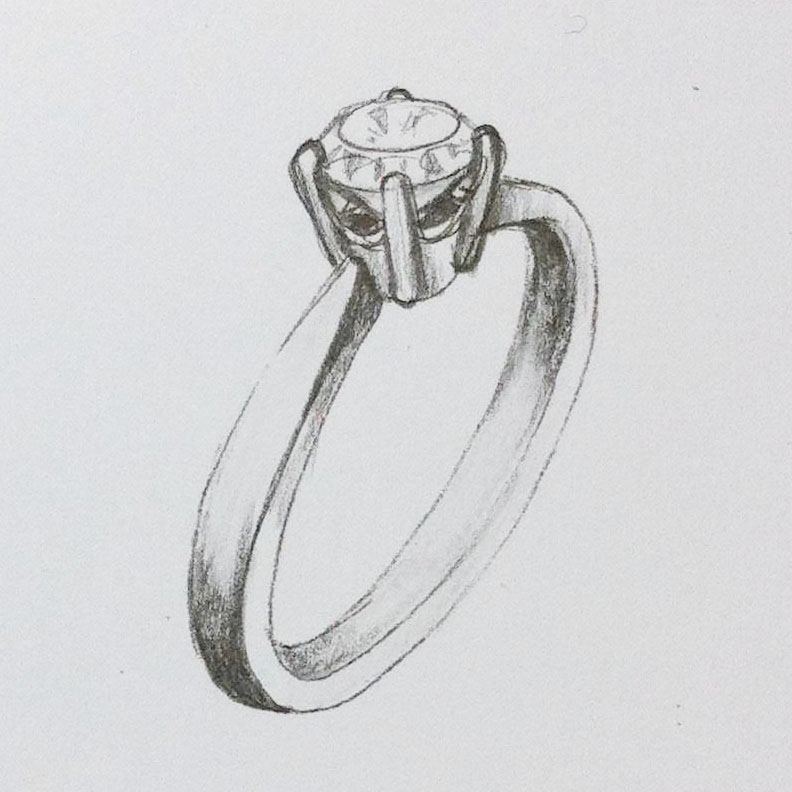 The prongs can be high set or low set. Again, the higher the setting, the more visible the stone,but beware: this makes snagging on clothes, hair and gloves more likely. There is also the risk of scratching other people. If you have an active lifestyle or small children, it may be better to opt for a lower-set prong setting.

Another choice you have to make is the metal the prongs on your ring are to be made of. Yellow gold is not the best option as it is such a soft metal that it will need more frequent repair or replacement. It will also tend to colour the stone. Platinum is ideal, because of its durability and its silver-colour, which will not tint the diamond. Whichever option you choose, it is advisable to ask your jeweller to check the prongs from time to time, to ensure the stone is not becoming loose.

When the prong setting holds a single gemstone, such as the diamond in an engagement ring, it is known as a solitaire setting. This is the most advantageous setting for drawing the full attention of the viewer to the stone, with minimal distractions by the rest of the setting and band. 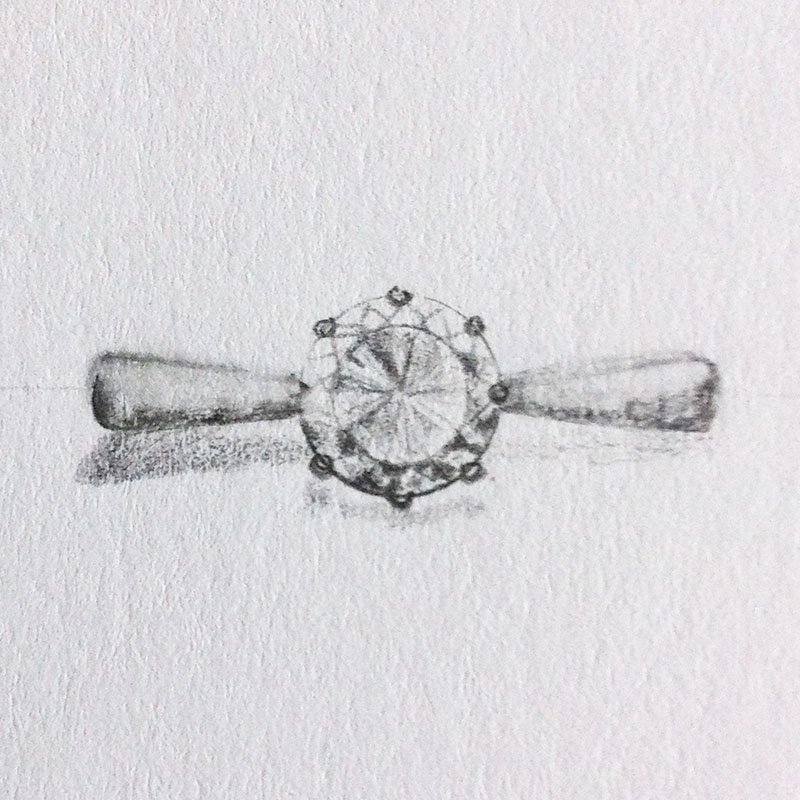 a round brilliant cut diamond which provides maximum sparkle

an elongated cut that is similar to the round brilliant

a boat shaped with pointed ends

Whichever cut is chosen, Diamond Solitaire Rings are designed to emphasise the simplicity of the band in order to focus upon the brilliance and fire of the diamond as the centre stone.

The first known use of a ring as part of a marriage proposal was in 1477 by the Archduke Maximilian of Austria of the Imperial court of Vienna given to Mary of Burgundy on their betrothal. Diamond Solitaire rings became popularised in the middle of the 20th century with the introduction of the solitaire prong setting by the world renewed jewellers Tiffany & Co. in 1886. The six-claw prong setting design was sold under the "Tiffany setting" trademark and this style is now widely regarded as having still achieved iconic status in the world of jewellery.

The most classical and widely used ring setting for is the prong setting. When the prong setting holds a single gemstone such as a Diamond Solitaire the diamond in an engagement ring, it is referred to a solitaire setting.

The prongs which give this setting its name are basically very small metal claws that grip the diamond tightly by forming a basket-like base to hold it in place. The ends of the prongs are bent over and shaped around the Diamond Solitaire by welding or soldering so creating a cradle where the top of the prong rests against the crown of the stone to ensure that the diamond is set tightly to the band.

THE ADVANTAGES AND DISADVANTAGES OF SOLITAIRE PRONG SETTINGS

There are several factors which we recommend when choosing the right solitaire prong setting for your Diamond Solitaire. The diamond should sit snugly within the prongs so that it does not move around and is secure to avoid loss. When trying on a Diamond Solitaire Ring check to make sure that the diamond is secure by gently moving your fingernail along the girdle of the stone. A diamond that stays in place during this test is likely to be secure. In addition shake the Diamond Solitaire ring gently and listen for any rattling as an added measure of security of the gemstone.

The solitaire prongs should be formed so that the Diamond Solitaire sits at an even height and the table of the diamond should be completely level with no slanting.

Hooked prongs, where the prong end forms an open loop before it touches the stone, will probably eventually open up and should be avoided. Likewise check that the prongs are not overly thin or flat as these will quickly break or wear away.

From an aesthetic viewpoint solitaire prong settings that are too large in proportion to the diamond can overpower the design and the gemstone making the ring and setting less attractive.

Whichever option you choose for your Diamond Solitaire Ring we strongly recommend that you ask your jeweller to check the prongs on a regular basis and also check to ensure the diamond has not become loose.